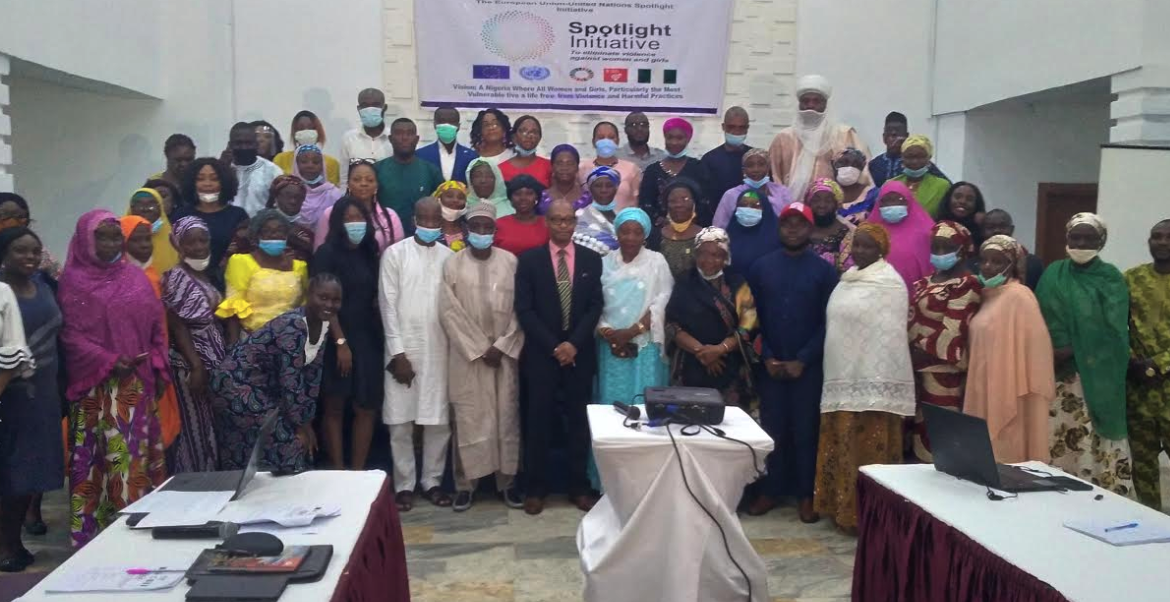 Center for Social Justice held a two-day workshop on 20th and 21st of August for 50 Non-Governmental Organisations from the Federal Capital Territory, Adamawa and Sokoto States on the use of shadow reporting as it relates to Sexual and Gender-Based Violence (SGBV) issues.

The workshop also touched on Follow-up on Obligations in relation to Human Rights Monitoring Mechanisms on SGBV, Violence Against Women and Girls (VAWG), Harmful Practices (HP) and the promotion of the Sexual and Reproductive Health and Rights (SRHR).

It was done in collaboration with the United Nations Development Programme/European Union (UNDP/EU) on the implementation of components of the Spotlight Initiative.

Giving a welcome address, the Lead Director of CSJ, Eze Onyekpere told participants that the Spotlight Initiative is focused on the eradication of Sexual and Gender-based violence and promotion of the Sexual and Reproductive Health rights of women and girls.

“It has an overall vision of a Nigeria where all women and girls, particularly the most vulnerable, live a life free from violence and harmful practices”, he said.

Eze also noted that the programme seeks to equip women rights advocates, civil society groups and the media with greater knowledge, capacity and tools on gender responsive programming and engagement of government to eliminate the aforementioned issues.

Participants were taught on the definition, purpose, method and when to write shadow reports. Strategies to maximize benefits from shadow reporting as well as follow-up issues were equally discussed.

Reacting to the developments from the workshop, Silverleen Aroh from Save the Child Initiative Nigeria, in an interview with Media For Community Change spoke on the importance of shadow report.

For her, it allows CSOs and NGOSs collaborate and engage  in the activities of the government.

She said: “I was able to learn the need for CSOs involvement and synergy among CSOs to be able to come up with shadow reports that will support what the government is doing and push them to do more.”

Another participant, Emmanuel Ezechukwubem from Kiek Foundation stressed the need for awareness on several existing policies and laws.

He called on CSOs and NGOs to help with such awareness to the public particularly the rural communities.

He said: “Coming from Anambra state, if you go there and tell a woman that they have the right to own a land, they will disagree. We should go out there and create awareness.

Lastly, Chioma Kanu from Mothers And Marginalised Advocacy Centre lamented that Nigeria has several unimplemented policies and laws that could promote gender related issues citing the Violence Against Persons Prohibition, Child Rights Act among others.

She equally pointed out that traditional practices still supersede these acts.

She said: “I learnt of so many policies and laws that promote gender related issues. We have this act of never implementing the laws that we have passed and then we also have our traditional laws clashing with the national and state laws.

“In practice, it appears as if we focus more on the traditional law which to me, I feel is not helpful, for instance we have the Child Rights Act at the National level which protects Nigerian children. Some states that even bothered to pass it ‘panel beat’ it to such extent that it lacks the true essence of the principal act. There is a whole lot of watering down issues based on our tradition and religion.”

She rather advised that the federal government put up some mechanisms to override state laws and insist on national laws to protect women and children.

“We have the Gender and Equal opportunities act which the government is yet to pay so much attention to and CSOs are wearing thin on what to do. We have also the VAPP act which has been assented to and some states have domesticated but we want to see implementation of the law.

“We also want to see National Orientation Agency taking a proactive step towards creating sensitization for people to know that these laws exist and they can utilize them to protect women and girls in Nigeria”, she added. 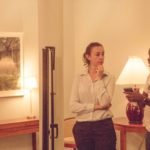 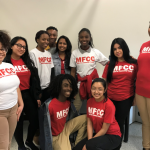