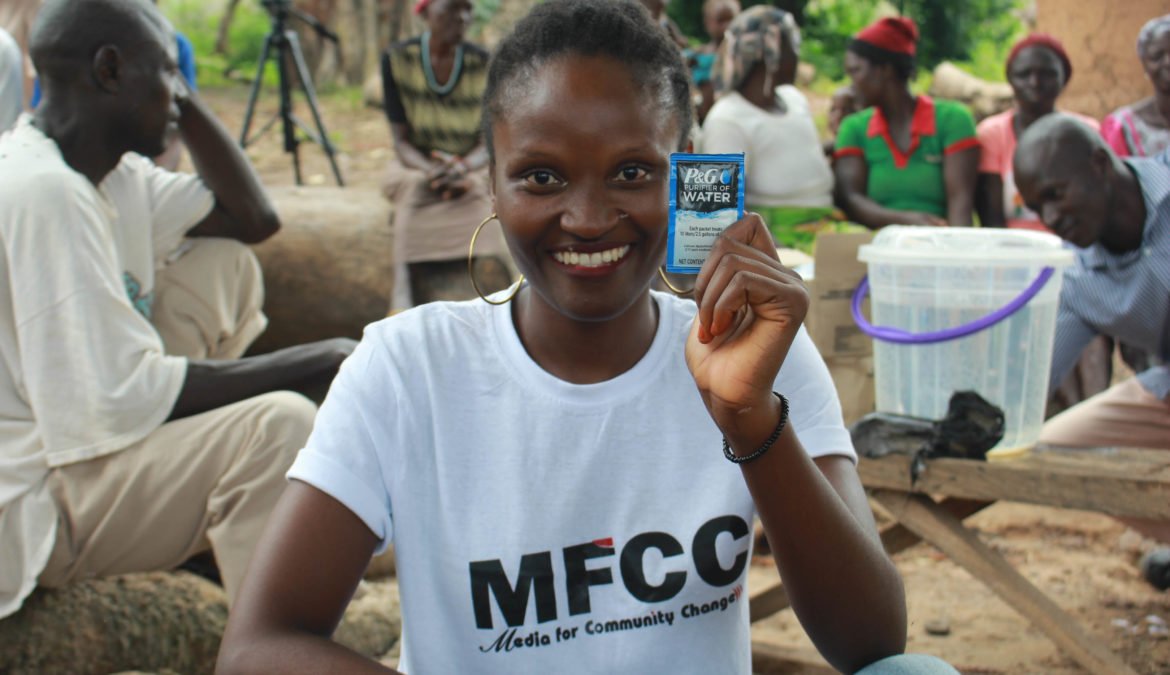 My bags are all set and I awaited the call, a lot of in-between drama and I eventually joined the Media for Community Change team at the Gudu F.O Fuel Station and we were Zokutu-bound.

Where do I even begin? 2 hours or was it 3? I just knew we got there, all seven of us. I make these notes including some unnecessary details om the hope that it may help you understand better. Like a memoir, these reflection touches on all I can recount with summarized details, the things that happened, what I saw and what I felt too, I guess.

At the entrance of Zokutu community, there was a sight of how charcoals are made, they looked like heaps of yam, but longer and higher and also higher than graves, as well. We drove past the smoke and on a long sandy path that led into the village.

The first structure was the community school, LEA School, Zokutu, on the left side of the bushy path, barely 2 minutes walk from the road. The vehicle halted and we walked to the Chief’s Palace, all I saw was a typical village setting, except for a church.

Someone asked, “How is the Church prettier than the Chief’s house?” I didn’t have an answer, I still don’t. Though the village Chief was not at home, my colleagues Seyi and Jimoh met some familiar faces whom they said ‘Hi’ to.

Yahaya Ojonugwa had been our tour from day one, she actually introduced the community to us and joined the team on every visit, this was our 5th, but my first. Soon, we found one person, who became the representative of the chief who was said to still be on the farm.

It was a Friday and looked like a market day too. We did not
have to wait, the chances were high the chief will return soon enough to meet us and he eventually did. After pleasantries, we found our way to the stream they fetch water. The pathway was very rocky and hilly while the source of water was steep and low. It was unimaginable to think that these women had to go through this process to get water and it was not even clean!

We got a basin of this water and took it back to the chief’s house which was where we would try out the purifiers we had brought with us. When we got there, we got the representative to mobilize some of the women and girls and boys too, I think just about everyone who was available and had not gone to the market.

The turnout was not so high and this was because they had gone to the market, to make sales. Should I add? Our transparent bucket broke and we tried to find where to buy super glue, that was like getting
water out of a rock. We eventually had to make do with a patched leaky bucket.

The process was simple, have 10 litres of water in a bucket, tear open a sachet of the purifier and stir, with a spatula for about 10mins or 15 and watch the dirt go down, it was like magic. The analysis of explaining was done in both English and Hausa. Emmanuel, the representative of Kaiyem Studio who had joined us anchored the Hausa part while I spoke English, till this minute I still wonder if that was necessary, but Jimoh and Seyi said it was, so we did. They are the boss!

We waited for 10 to 20 minutes for the water to settle right in front of the people. It was like magic! Emmanuel drank from the bucket and I did too, followed by the chief, who had returned from his farm at this time. He actually came in just in time to watch the process from the start.

After this, we let one of the women lead the process, from start to finish. And we got the same result. Clean purified water at the end of the process, that was also portable. But the trick is this, only a little amount of water could be purified. It was to be used for just one day and not till the next. A trick? I wish it could stay longer, for say, a week. But it was instant, like noodles.

We took pictures made video clips of the whole process from start to finish. I also got to ask the representative, who was now our friend, to answer some questions about the number of people they had in each household and he gave me an estimated number.

I think it is particularly interesting and helpful to them to have a solution like this before a borehole comes because they kept asking for a borehole instead. This purifier definitely does not fix their wound, it is just a little plaster. Some women were also asked what they
thought about the whole process, they liked it – I think and the chief expressed his gratitude in the interview. 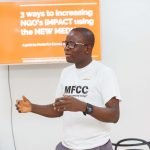 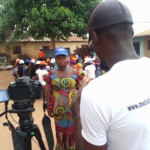